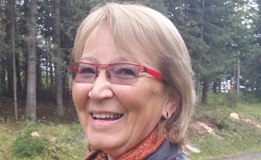 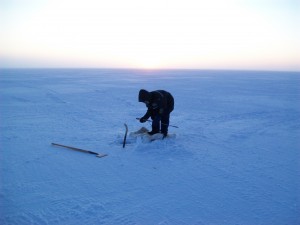 One part of the Men's Fish, Hunt and Heal Workshop, Cambridge Bay, NU

“It was easy to look at caribou hunting as a metaphor for healing.”

Nunavut healing you can taste— that’s how participants in a men’s healing program offered by Cambridge Bay’s wellness centre might describe their recent two-week workshop.

During the men’s “Fish, Hunt and Heal” workshop, which wrapped up Nov. 5, a group of men spent four days of each week participating in healing circles and doing various therapeutic exercises.

Then, on the fifth day, they headed out on the land to hunt and fish.

During their healing circles, the men talked about a variety of topics such as trauma, being responsible for one’s choices, exploring ways of showing one’s love to family and friends, appropriate use of power, incarceration, money management, addictions, loss, healthy emotional expression, abuse, violence and father and son relationships.

At the end of the first week, the men spent the day on the land hunting caribou.

That’s when 16-year-old Ambrose Hikoalok shot his first caribou with his father Martin Anablak and his uncle Darcy Kanayok at his side.

Anablak then directed his son on how to skin and butcher the animal.

Hikoalok’s parents separated when he was two years old and he did not spend as much time with his father as he would have liked.

“It was good to be in a healing workshop with my dad,” he said.

At the end of the second week, the men planned a day of jigging for char, but Hikoalok was able to shoot his first musk ox as well as do a little ice fishing.

Terry Garchinski of Life Works Counselling and Training Services Inc., who led the workshop, says “healing workshops have to be a fit for the participants” and with “this group of men, it was easy to look at caribou hunting as a metaphor for healing.”

“The men were very comfortable on the land and have many skills that they can apply to their healing journeys. As the saying goes, there is more than one way to skin a caribou! Healing is the same. Each person has his own way and by sharing what we know with each other, we all benefit from the collective experience. “

A follow up to the workshop has already been scheduled for later this month when the men will spend an evening making sausage out of their caribou and muskox meat and talking about how the workshop changed their lives.

“The real value is when the men can consistently apply what they talked about in the workshop and use it in their daily lives,” Garchinski said.